This is the post that many of you are waiting for! Today my recipe is for all enthusiasts out there who are fans of the elegant rose flavour and fresh lychees. So, in this post, I’ve shared all my findings, tips and recipe for making the sophisticated Ispahan macaron cake.

Herme’s  Ispahan is the world’s most luxurious dessert. The Ispahan consist of two macaron shells, a rose buttercream and fresh raspberries and lychees.

This is very laughable that a few years ago, I did not even know what an Ishpahan cake is! But today I can assure you that I can bake the Ispahan Cake and it is very easy if you are following the below recipe at your home.

If you are planning a tour to Paris, taste all the divine variants of Ispahan dessert. You can also experience the savour of the authentic Ispahan cake sitting at home. So let’s get started without wasting time.

What Is The Meaning Of Ispahan?

Ispahan is a Damask garden rose that was made known in Middle East Europe in the 13th century.

But the actual origin of the Ispahan is still indefinite. Whereas, some argue that it was in the United Kingdom by the garden or floral designer Norah Lindsay.

A lot of people say Ispahan rose originated likely in Persia in the early 19th century. Ispahan is an un-shut,half-opened, clear light pink color garden rose. The cultivator is still very famous and the Ispahan rose is attractive for its fine elegant fragrance.

Who is the inventor or creator of the Ispahan cake?

Ispahan is the masterpiece of Pierre Herme. He is the king of the pastry world flavored with lychee, rose and raspberry. Herme received the award of World’s Best Pastry Chef in 2016 for his invention in the world of pastry.

He first launched macarons and made a unique combination of rose petals and cream, raspberry and lychee with macaron which results in Ispahan cake.

Origin Of The Ispahan Cake

How did the dessert Ispahan cake get its name? This question is coming when anyone gets to know about this cake.

Pierre Herme emerged with this combination when he created an early version of the Ispahan for Laduree. Pierre was having an obsession with the Ispahan rose.

So he started to experiment with the combination of raspberry and rose around 1987. Later, Pierre published a complete book dedicated to Ispahan desserts, known as Pierre Herme Ispahan. Then he was introduced to his first brainchild, Ispahan cake 10 years later.

His Ispahan cake got rapid success throughout the world and it is still famous.

A Glimpse Of Ispahan From Laduree & Herme

* The % Daily Value tells you how much a nutrient in a serving of food contributes to a daily diet. 2,000 calories a day is used for general nutrition advice.

Read Next: Top 35 Essential Cake Baking Tools and Equipment Every Baker and Beginner Should Know

1. How to use the oven for baking the Ispahan macaron cake?

2. What kind of cream is used in the Ispahan macaron cake?

Generally, the lychee cream made with chocolate and the rose buttercream is used in the Ispahan cake to get the flavor of lychee and ispahan rose.

3. What types of raspberries are used in the Ishpahan macaron cake?

4. What is the best time to eat the Ispahan macaron cake?

5. How to store Ispahan?

You can store the Ispahan cakes for up to 3-4 days in the refrigerator. You can’t store it for more than 3-4 days as the cake is holding fresh fruits like raspberries and lychees.

6. Can I use the frozen raspberries in Ispahan macaron cake?

You have to use fresh raspberries in this case though the frozen raspberries are available in the market throughout the entire year. You cannot choose the frozen berries as they will release the extra juice into the cake and you will not get the traditional Ispahan cake flavour out of it.

7. Can I skip the rose water or the rose flavour?

You can skip the rose water or the rose flavour while making the Ispahan if you are not a follower of rose flavour. But you will not able to taste the traditional Herme Ispahan version if you will skip it.

Buy The Equipment And Ingredients Online

You can buy the ingredients and equipment used here in this ispahan macaron cake recipe from Amazon. The links are given below:

If you are looking to make something different on your special day, then you will definitely like this Ispahan Macaron Cake.

This cake is super easy to make and is perfect for festivals and occasions. As the ispahan macaron cake is holding fresh red raspberries, it is a very good summer dessert with fruits.

You can serve this cake on different occasions like anniversaries, birthday parties, friend’s hangouts, family get together, baby showers etc for its amorous ispahan rose touch. You can have it with a cup of tea or coffee in the morning or afternoon time.

So don’t wait for the occasion or a trip to Paris! Just go for the heaven of Ispahan filled with raspberries and roses at your home.

I would love to hear about your experience while preparing this recipe. Please share your feedback and ispahan cake photos in the comment section.

Chai Macarons Recipe That Will Blow Your Mind Instructions For Making The LycheeCream :

KEYWORD Ispahan Macaron Cake
Super Easy Ispahan Macaron Cake Recipe
Herme’s Ispahan is the world’s most luxurious dessert. The Ispahan consist of two macaron shells, and a rose buttercream and fresh raspberries and lychees. It is made a unique combination of rose petals and cream,raspberry and lychee with macaron which results in Ispahan cake.
Check out this recipe You can get macarons in a wide variety of flavors and fillings. If you like chai as well as mixtures of spices, then these chai macarons with chai butter… 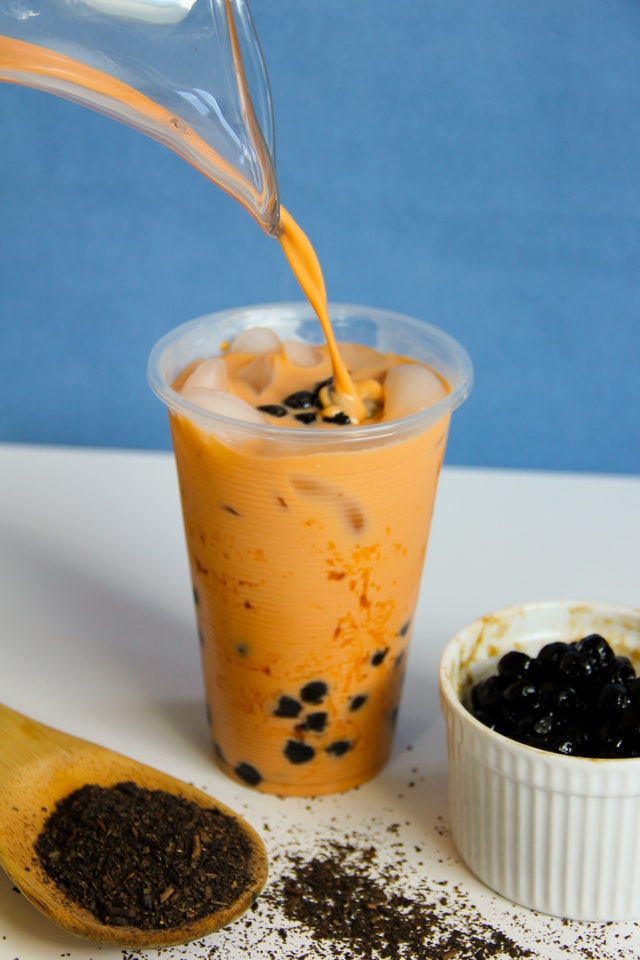 Have you jumped on the boba trend yet? This blog post is at your rescue. Mango boba smoothie is everyone’s heartthrob and also is quite filling!… Baking cakes is something I am very passionate about. One of my latest efforts was a chocolate walnut cake. I thought that it was time to bake it again and… You will find a lot of people asking “Is there milk in bread?” and whether there is any other option to avoid it. This article is about the dairy free bread.. These delicate flavors are what make this particular macaron so tasty. Thus, if you happen to like the taste of store-bought lychee macarons…