Food-related debate is something everyone loves to engage in, and there is no better topic to discuss than the topic of confectioneries. With regard to chocolate, much of the debate concerns the country that has “mastered” the art of producing chocolate.

Chocolates are made of roasted cocoa beans, mixed with cocoa butter processed with powdered sugar. The difference between Belgium chocolate and Swiss chocolate is one such debate. Swiss chocolate vs Belgian chocolate has been a major debate for ages, and many people have their own opinions.

Switzerland is also famous for its dairy product and premium quality Swiss Cheese.

Alright! Now let’s dive deep into the pool of chocolates.

Guess Which Chocolate Brands Is On The Top?

‘What is the best chocolate in the world?’ You might have thought of this so many times, right?  Out of all varieties of chocolate that the world has, Belgian and Swiss chocolates are the absolute best. Frome texture to the aftertaste, these two are definitely on top.

They say French is the language of love. They also say that chocolate is the epitome of divine indulgence. In that case, French chocolate is a decadent love. French Chocolates have smooth, chewy, coarse, and unrefined texture whereas the mouthfeel can be intense, mellow, buttery, and clean.

Out of the many things Germany is famous for, chocolate is definitely one of them. With a mild chocolate profile, rich and creamy in texture, German chocolates are made with just the best quality ingredients. More than half of the cocoa beans used in the making come from countries in Latin America and Africa. The scrumptious blend of cocoa flavors gives a unique flavor that your taste buds can’t get enough of.

However, we do agree that each one has its individual taste preference. Both are unique in their own ways. These delectable treats are distinguished by major differences. Keep reading to learn the difference between Belgium chocolate and Swiss chocolate.

Some of The Countries With The Best Chocolate

Made in Switzerland, Swiss chocolates are yummy and nutritious. They exported to a variety of countries around the world. These contain dark and fine quality cocoa. Owing to their unique taste and mesmerizing flavor, Swiss chocolates have a huge number of ready takers in several countries across the globe.

Manufactured using high-quality cocoa beans, Swiss chocolates are popularly referred to as dark chocolates. The rich amount of cocoa added to these chocolates makes them darker in color than the usual fancy chocolates that we see in the market. It is noteworthy that these chocolates have a much lower sugar and preservative content than usual chocolates. Research has shown that cocoa has many health benefits.

Chocolates filled with buttercreams or ganaches are very often in fanciful shapes and are often filled with truffles and molded pralines. Sometimes the fillings are whipped in order to become lighter and airier. Generally speaking, Belgian chocolates are considered to have a middle profile with not too many pronounced flavors at the extremes.

A. History: Look How Far They Have Come

A Swiss company began producing chocolate in the 17th century by taking advantage of its strategic location as a transit point for goods passing through Europe. A legion of Swiss pioneers and chocolate tinkerers brought the chocolate we know today into existence much later. Vevey, which is situated on the edge of Lac Léman, is the site of the first mechanized chocolate factory.

As an apprentice with Italian chocolatiers in Ticino, François-Louis Cailler was the inventor of the factory. The first Swiss chocolate was produced in mass quantities by Cailler’s machinery. He soon attracted others to follow his lead and shortly after, chocolate factories dotted Switzerland.

* Belgian Chocolate: From A Nobility Commodity To The Chocolate We Consume Today –

While Belgium was still under Spanish rule in the 17th century, explorers from South America brought cocoa beans to the country. As a sign of luxury at the time, chocolate was mostly consumed by nobility or to impress new arrivals. As a guest of the Grand Place in Brussels in 1697, Major Escher, the Zurich mayor, was served this delicious drink.

When he returned to his home country, he introduced his own country to chocolate, taking the recipe with him. During its colonization of the Congo, Belgium discovered a large surplus of cocoa beans and began to explore the chocolate market. Belgium became the world’s leading producer of cocoa and chocolate during King Leopold the Third’s reign.

B. The Amazing Making Process of These Delectable Treats

Imported from the Ivory Coast and Ghana, the cocoa beans are roasted to separate cocoa butter from cocoa, which is the first step in the manufacturing process. A mixing process is then performed by binding all the raw ingredients together, melting, cooling, and pulverizing them into powder form. Afterwards, the tiny particles are refined in big machines. Generally, the smaller the grain size, the better the taste.

For a minimum of 24 hours, in big metal drums, the powder is then whizzed around. The temperature of the powder is increased due to the friction in the drums; which melts all the ingredients together. This process is known as conching. For about 48 hours the dark chocolate is conched; for another 24 hours with milk chocolate. The longer it is conched, the better the quality of chocolate will be. Finally, the mixture is then pumped and poured into moulds, cooled and packaged.

* Belgian Chocolate Making Process Is As Unique As Its Texture–

The cocoa beans are fermented for 6 days. After fermentation, the beans have a rich brown color. Workers dry the fermented beans in the sun for 6–10 days. Post drying, various tests are performed to check the quality of the beans.

The number of cocoa beans present in 100 g is counted. It must be less than 100 beans.

100 random cocoa beans were selected and sliced into half lengthwise. Signs of lower-quality beans like germination, a grey or violet color, mold, insect damage, or shrinkage are looked for. Next, the cocoa beans are weighed and their shells are removed after that. The shells with a mass percentage greater than 14% are too small or insufficiently fermented. These tests help in producing high-quality good chocolate.

Next, they are roasted in a machine called a winnower crack. The beans are then de-shelled and ground into a thick paste a.k.a chocolate liquor which is pressed to extract cocoa butter that leaves behind a solid mass. This solid mass is later grounded into cocoa powder. Next, the conching step follows. Finally, the chocolate is ready. It is solidified into its final form.

Swiss chocolates contain up to 70% cocoa butter. The chocolate producers make milk chocolate which contains more amount of sugar than cocoa. The cacao beans for Belgian chocolate are primarily imported from Africa and Latin America.

Do you know that Swizterland generates approximately just 1-2% of the whole world’s cocoa harvest? Dutch helps them to hereto produce the best chocolates.

Yes, you read it correctly. So the next question that will come to mind is how Switzerland has earned an international reputation for high producing quality chocolates though their cocoa harvesting production is very less. There are few secrets behind it.

They are importing cocoa beans from the world’s largest cocoa producers Ivory Coast, Ghana, Nigeria, Cameroon and Indonesia as Switzerland doesn’t have perfect weather to grow and harvest the cocoa beans. West Africa is the epi-center of the cocoa industry. So Switzerland is importing a high amount of cocoa beans from these countries. Moreover, the Swiss Alps are the perfect place for the production of Dairy or Swiss milk.

Moreover, in 1819, Francois-Louis Cailler developed a recipe to change dry cocoa beans into a smooth, solid chocolate bar. Rudolf Lindt perfected this smoothing process by adding cocoa butter to it. Next in 1875, Daniel Peter invented how to combine cocoa powder with local milk to create milk chocolate with the help of the machine called the ‘coaches’. All these inventions happened in Switzerland. But unfortunately, the Swiss weren’t able to take credit for cocoa powder which was developed by Dutch chemist Coenraad J.Van outen in 1828.

So these three combinations (huge dairy production, importing the best cocoa beans from the best places and Dutch help) make Switzerland make the best chocolates all over the world.

* Do You Know That Belgium Is Europe’s Second-Largest Direct Cocoa Bean Importer And Exporter Of The Imported Cocoa Beans?

Belgium is an important source of a distributor of cocoa beans. Belgium has gained this reputation for its distribution role of cocoa beans all over Europe over the last few years. Belgium started re-exporting 51% of its imported cocoa beans from other top countries in 2014. In this way, Belgium increased the export business of cocoa and in 2018, their share increased to 80-81% exporting cocoa business.

The cocoa tree grows in an area where the latitude is between 15-20 degrees, in tropical regions. Cocoa pods grow mainly in the thicker branches and from the trunk. After taking it out from the tree, the cocoa pods are collected altogether. Next, the cocoa seeds are extracted from the pods and cocoa beans or seeds are fermented and dried.

E. Business: Reach Across The Globe

* Belgian Chocolate: They Are Very Specific About Transporation –

The Netherlands ($540M), France ($424M), Germany ($396M), the United Kingdom ($252M), and the United States ($122M) are some of the importers of  Belgian chocolate. While Belgium is the second-largest exporter of chocolate products in the world, they are Europe’s second-largest direct cocoa bean importer.

Top Brands That Bridge The Distance

Among the best-known Swiss brands are: Nestlé, Barry Callebaut Lindt, Suchard, Teuscher, Halba, Sprüngli, and Toblerone among many others.

There is so much history behind chocolate that in one sitting it is almost impossible to cover it all. Production methods have evolved and developed over the years, as has the quantity of chocolate production of both these chocolate types. Belgian and Swiss chocolatiers have created a very special treat for chocolate lovers across the globe.

Picking one or saying which one is the best is a difficult decision. So, who do you think makes the best chocolate in the world: the Swiss or the Belgian? The Swiss take their cheese very seriously, and it’s no surprise that it’s a major business in Switzerland, where they manufacture over 180,000 tonnes of cheese per year and export roughly a third of it…

The Indoor grills are remarkably easy to use and convenient. It’s great to have an outdoor barbeque until it starts to rain or if the weather is too hot or cold. The ability to grill food at any time of day or night is a major advantage of the best indoor grills smokeless. The temperature… Today we are making white chocolate raspberry macarons in Italian method. I decided to give the regular ones a twist of my own… The hamlet of Healdsburg is located about sixty-five miles north of San Francisco, close to the northern edge of Sonoma Country. If you happen to find yourself in CA anytime soon, visiting some of the best wineries in Healdsburg has to be on your list… 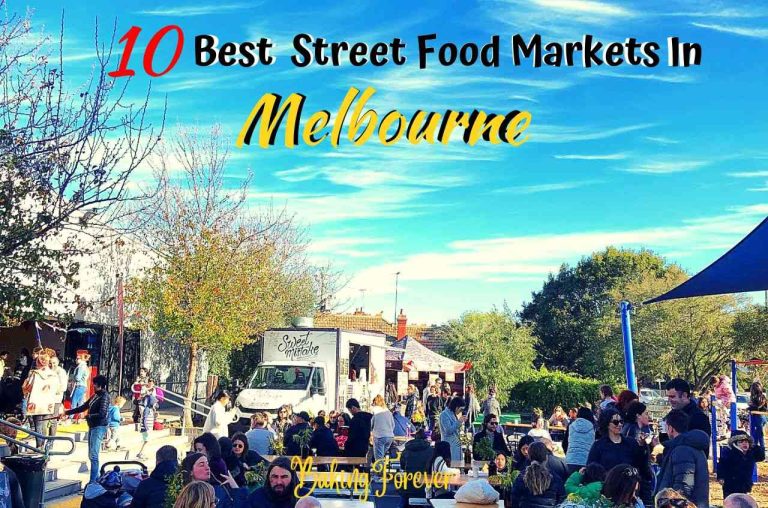 In Melbourne, no trip would be complete without grabbing a bite there. So get ready to browse through the best street food markets in Melbourne… Have you got a lot of bananas and no idea what to do with them? Make some banana macarons! The best way to make overripe bananas last a few more days is to…